Raggi gives some of the best food for thought I’ve heard about this mess: 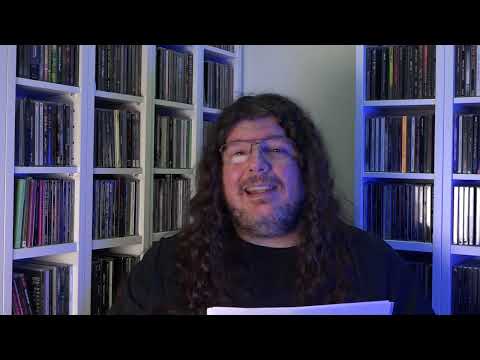 That was really good. Thank you for sharing it.

I really appreciate someone stopping to share a viewpoint without anger or negative energy. This just lays out a concern, demonstrates why it’s something to think about, and gives you more to think about.

I am impressed. The videogame community is even chiming in en masse on this and saying enough is enough. They’ve seen enough micro-transaction shenanigans to see what’s next too. Gamers of all flavors unite!

I’ve shied away from commenting on this topic until now for a few reasons. First and foremost, I try to avoid “online outrage,” which tends to blow things way, way out of proportion. Not saying this is the case with this issue, just that I’m wary of falling into such things, and I like to make sure.

Second, I haven’t read the proposed new OGL, and everyone commenting on it seems to have only heard about it from third (or fourth, or fifth, or…) parties. Add to that the skepticism over such things as “everything created under the old license will be subject to the new license that no one agreed to” would actually hold up in a legal proceeding. Maybe I’m wrong; I’m not a lawyer, nor do I play one on TV. But if someone can actually enforce that, our legal system is seriously f*cked up.

Third, I have no horse in this race. I’ve stopped playing D&D and its derivatives some time ago. Level-based systems bore the hell out of me, and I’ve disliked the influence video games have had on D&D (and plenty of other games) for some time. That’s not to say I haven’t played any games under the OGL recently (someone please explain to me how Mutants and Masterminds falls under the OGL), but for the most part, I really don’t care.

Now, I understand that D&D is “the worlds most popular tabletop role-playing game,” or whatever the line is that people use when they don’t want to utter the letters “D&D” (someone please explain this to me, too) but there are so many different – and in my opinion better – systems out there that, well, as I’ve already said, I don’t really care.

So I guess the point I’m trying to make is, there are a lot of alternatives to D&D and games or material under the OGL. Seriously. And so much of it is better. If WotC/Hasbro wants to shoot themselves in the foot, let them. Corporate arrogance has consequences.

Make no mistake – I understand the impact on third-party creators that have invested a lot of time and capital into OGL-based materials. Even if WotC can’t retroactively tax them for products already created (still skeptical), it puts a burden on them as they “retool” their future products.

Best thing everyone can do? Abandon the D&D SRD. Adapt.

I don’t disagree with you. I’ve seen both versions of the new OGL, and I am of the same opinion, that it is time to move on to something new, at least for now. The new D&D OGL is toxic for creators at it stands now.

I’m extremely impressed. Raggi laid out some levelheaded, well-reasoned opinions, gave multiple historical examples of how similar things have existed in the past. He wonders how a “morality clause” might be used as a bludgeon if publicly held social mores drastically change. Here also gives a specific, real-world example of how the proposed “morality clause” is truly powerless to keep racist, homophobic, etc… RPG material from being published. He then tied it all into how something he published had won an award then became reviled 3 years later.

A blog focused on OSR gaming, the Swords & Wizardry RPG and all things Dungeons & Dragons.Tavern Chat is the accompanying Podcast.

I think all the discussion on legal and otherwise nuance, while interesting, is mssing the main point. Hasbro is a good-sized corporation, whose only goal is to maximize profit. To put it simply: “It’s Money all the way down.”

If the primary market for continued revenue is 20% (+/-) then they have a huge untapped market. That’s what they are going after. All the people who play the game yet typically only buy the handbook (though they also spend money on third-party products). They want the recurring revenue from the other 80%. This is a massive market with huge profit potential.

Of course they want good PR for their company, but underneath PR, they want all that money. You are not a human, you are a wallet or purse. I’m reasonably convinced that what they want is to Lock their customer base into a self-contained system: “D&D Beyond,” which will become The “One D&D” (“M-one-y D&D”) to rule them all (sorry, couldn’t resist a silly LOTR reference). With all the delicious microtransactions to follow.

Time will tell how accurate this assessment proves to be.

Fixed that for you, lol.