So what does "HomeBrew" mean to you?

I’ve seen homebrew come up many times in the tags topic and elsewhere. It feels like we all have different concepts of what homebrew means. So I thought why not discuss it?

The general feel I get when homebrew comes up while browsing discussions seems to be that anything not birthed by the late 80’s = homebrew.

Personally I consider anything published to no longer be homebrew. Now I don’t consider the guy pushing his new book at the con’s to be published even though he’s sold a few thousand copies, to me he’s still stuck at homebrew status. If I can go down to my local shop and they can look it up and order it from their distributor then to me that’s published.

This topic is near and dear to me as a homebrew fan. Every edit or new concept I come up with brings me one step closer to that published goal… if I don’t get sidetracked lol.

What do you think?

Personally I consider anything published to no longer be homebrew.

This would be my definition for homebrew as well.

I think of it in terms of anything you can’t get out of a published book, yes. Regardless of what level the publisher is, if your game table is the *only one" using the class/rule/setting etc, then it’s HomeBrew.

I think that whatever definition works for a particular group of gamers is fine. It’s one of those things that’s not worth getting hung up on.

To Teagus’ point people have differing opinions, it’s just one I invest any energy in.

anything published to no longer be homebrew

Until DTRPG made it easy for anyone to publish, I’d agree. Now that simply can’t be the case. You can literally “publish” anything: unformatted, non-playtested, artless, grammar-challenged, etc. I’ve seen published material that’s basically just 2 or 3 pages of GM notes converted from Word to PDF.

If I can go down to my local shop and they can look it up and order it from their distributor then to me that’s published.

On the other hand, I wouldn’t go that far. There’s quality material that distributers and shops won’t bother with because it’s too niche or they don’t appreciate the size of the market.

It’s really no different than anything produced at the amateur level vs something approached with professionalism. It needn’t be broadly popular. Just like a garage band that practices, builds a fanbase, tours, records an album, starts selling merch: it might not be on the pop charts but it draws a good crowd in it’s own “underground” scene.

So what separates homebrew from um, non-homebrew are:

I would agree that Home Brew are the rules that only exist at your table. I’m still running 3.5. I’ve home brewed the crap out of it. My design goal is to make it work at high levels (above 10th). There has been a lot of nerfing done here and there as well as buffing martial classes a ton. One of players swears it’s a viable product that people would pay for. I don’t have the first clue on where I would even start with trying to get my 3.5 “hack” out into the world or even if people would be interested in it. I do it cause it fits the way I want the game to play in my head. A lot of it is white room ideas. Things my current group isn’t even interacting with.

I would agree that Home Brew are the rules that only exist at your table.

Hmm. What about something like this, that is a fan adaptation of Savage Worlds for Star Wars? 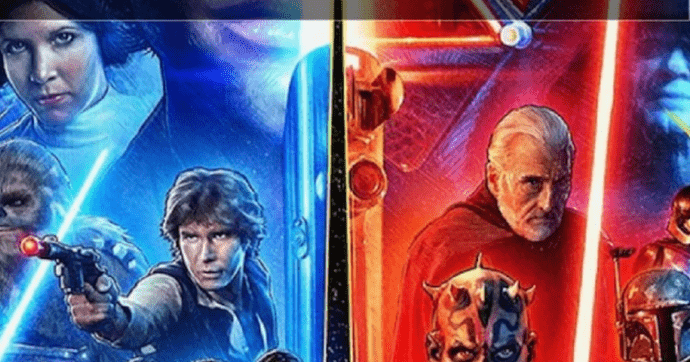 To me, that’s a homebrew even though there are probably a number of groups out there using it.

I’ve read Savage Worlds though never tried it. Something about not using a d20 feels off to me. I liked a lot of the ideas in that game. Class-less system and all that.

I see your point how SW can be adapted to any setting or genre.

When I look at my House Rules (we call it Murder Dice) it’s really just that. All the tweaks and changes that I’ve done to my game over all these years. Some of them go back to 2e D&D. I have it all written down in errata format to the 3.5 PHB. But it’s MY errata in this case.

One of my players is convinced it’s better than Paizo’s Pathfinder 1e. I tend to agree (I’m biased of course) as PF had a lot of bloat in all the wrong places. Some of the most broken high level characters I’ve ever seen were in PF. My goal has been to keep that power in check and make HLG (high level gaming) viable.

I just love the epic scale of things at those levels.

We are presently testing all these Home Brew/House Rules on Athas (aka Dark Sun).

I would say that it needs to go through a proper play testing and editing phase first, and then be professionally published for me to consider it no longer homebrew.

Homebrew, is not published. The guy that has sold a couple thousand copies is published, even if it’s Hulu. The definition of published has changed. TSR was it’s own publiushing house.

And there are differences between house rules and homebrew. Everyone has a few house rules.

My son mentioned how difficult 5thEd makes flight. Both he and I have flying races. That got house ruled fast. If nothing under 4HD can fly that knocks stirges right out of the sky, literally. Sparrows whispering in their dirty underwear.. I do NOT allow separate rules for PCs and NPCs, nor does he. If the houseflies fly, everyone with wings can. That is house ruling.

Now my game has a book. Not a house rule or two but a mash up of 2ed, 3x, and other things including my own psionic system with a more Star Trek feel. That is homebrew. You can download it off my website, but it is not published.

So, long winded, but there you are.

Until DTRPG made it easy for anyone to publish, I’d agree. Now that simply can’t be the case.

I love drivethru but I don’t really consider pdfs on their site or the print on demand they offer to be “Published” unless the product was actually published by another company. That’s why I consider professional distribution to be a necessary part of a published work.

So what separates homebrew from um, non-homebrew are:

I feel that’s the exact list a distributor should be looking at when determining if a product is viable for their distribution company.

Hmm. What about something like this, that is a fan adaptation of Savage Worlds for Star Wars?

In my mind that’s a supplement, to me they are in a category all their own and usually entail adding/editing rules or adapting a ruleset for a setting. I have no experience personally with the one suggested but unless its a “complete” rewrite of the ruleset for adaption to a new setting all in a new book granting no need for the original book I don’t see it as a new work but a supplement. In my mind supplement’s have a lot more leeway in regards to quality required for it to be a useful addition.

I love drivethru but I don’t really consider pdfs on their site or the print on demand they offer to be “Published” unless the product was actually published by another company. That’s why I consider professional distribution to be a necessary part of a published work.

Sorry but the definition of “published” has changed. Become one with the times. Frankly paper does not mean that much anymore.

I’ve always associated published works with quality but your right that concept is dated thinking.

Oh I wish you were right, but I’ve seen some terrible published books. (Judges Guild, Palladium.)

A little late to the party, but here’s what I tell my players at session 0. While there is often an effort to redefine terms in RPGs, these are already defined in the language, so steering away from established definitions foments confusion.

I recognize the council has made a decision, but given that it’s a stupid-ass decision, I’ve elected to ignore it. –Nick Fury

House rules are defined as what rules are in play at a given location or house, such as a bingo hall, a casino or a D&D game at someone’s house.

Variant rules is the term since at least the 3rd edition of Dungeons and Dragons for optional rules different from the core rules.

Homebrew literally means an alcoholic beverage brewed at your home, but more generally means content you created. Although my homebrew is not your homebrew, collectively this content is homebrew.

Third Party means a creation by a publisher intended to be compatible with a product by another publisher.

Thus a variant rule or optional rule can come from the publisher (first party), be a homebrew creation by the game master (second party) or come from a third party (third party publisher or a homebrewed option from another source than the second party). Whether or not any given rule is in effect is governed by the house rules.

A little more legalistic than my tastes. I really do not care for distinctions between variant etc… That said your definitions are to the point. I reserve homebrew for either modules or whole systems. House rules are small changes. When you get a book it’s a homebrew.

To me “homebrew” has always stood for a collection of house rules used to supplement an existing system. I’ve never really considered original settings for a game to be homebrew, but that might be because when I began playing TTRPGs way back in the Dark Ages, most games had no defined setting.

I think of homebrew in two categories:

To me there is organized play and then everything else is homebrew, even if you running in an official campaign setting.

Very much a Pathfinder Society description. I’ve avoided both the Lizards Adventurers League and the Pazio version of this animal. I find “official” play to be the original railroad scenarios, and those that play by the rules of such not very rounded at actual role-playing.