Random Crap (About books it seems) 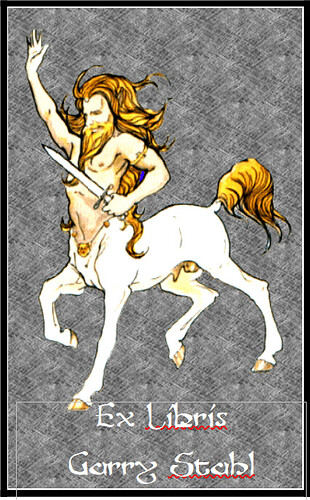 I should pull my shit together and blog something. I have this idea, but every time I sit at the computer it flutters right out of my open mind. I need an idea filter than keeps mine in, but lets new ones in too. Closed minds don’t let new ideas in, and don’t have them either.

The real world? If the real world was decent place to hang out we would not be holed up in here creating fantasy-scapes to amuse ourselves. I swear that social media algorithms are going to destroy us, if Congress doesn’t first, (What ever form Congress takes in your country of residence this is an international stage). We live in interesting times as the Chinese curse goes. It is a curse.

According to the RPG book database there are 568 RPG books in my house. (570, I just spotted two that have not been Cataloged, recent buys. (571, Starfinder has not been listed either. Something to do when I’m done here. (Do they breed when I’m not looking?)))

The system is simple. Each book has a label in it with an unique number. I can list by type, title, that number, publisher, etc. I just realized that I have a lot of books listed that have no numbers. Stuff in the downstairs files that the computer and label machine have not had quality time with. It seems I have some, ahem, bookkeeping to do.

It just got to the point that I not only had no idea what I had but no idea where it was. I tore the house apart and located every game item I could find, cataloged it, numbered most of it, and stated where to find same. I need to do some updating as the many and several file boxes I had books in have been swapped out for a line of bookshelves in the basement.

Books I might take to a game, and everyone has, have book plates. The Example seen above. It’s got funny squiggly lines in it because it was made in the word processor and I screenshot the image. Yea, Coran again. It stops the confusion of what is who’s. I don’t bookplate every last thing. A lot of effort. It cuts resale value as well. Not that I’m in the habit of selling books.

The grim task ahead is to go over every book in the house. The Star Trek non-RPG “fanboy” books in the office have had this treatment, not the various and sundry novels on the V&S bookshelves and boxes. The Wife and I have been going shelf by shelf and clearing out books we really do not want. The remains of my late Wife’s late MiL’s Steven King collection is a good example. No patch on King, I don’t like horror. We got all her books, most are not my cup of tea, and I’m still shoveling. As you get older you get rid of stuff you spent your whole life gathering. The part about the circle of life they don’t tell you about, Simba going though Mufasa’s zebra bone collection and thinning it out.

I suppose I have rambled on enough, and I need something to eat.

We ran out of storage space some years ago, so I broke my habit of buying books. Also, we live just a few blocks from a public library, so most of what I might buy can be obtained there easily enough.
For the last 5 or 6 years, I think I have bought one or two books that were not gifts for others or specific purchases for RPG use, and even not very many of those.
So, yeah, slowly going through the shelves for things to toss/donate/give away.
…and then I start getting back into minis painting and buying that stuff.

Humans. We’re so messed up…

But we’re the only us we have.