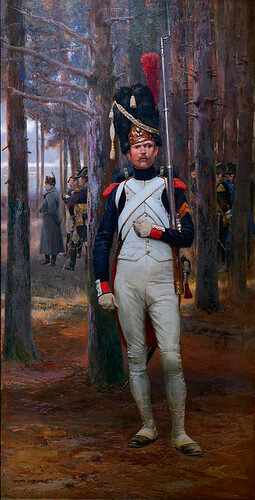 From the Wikipedia: The Old Guard (French: Vieille Garde) were the veteran elements of the Emperor Napoleon’s Imperial Guard. As such it was the most prestigious formation in Napoleon’s Grande Armée. French soldiers often referred to Napoleon’s Old Guard as “the Immortals”.

Famously devoted to the Emperor, who even referred to them as “my children”; the members of his Old Guard were selected based on physical traits, most notably above-average height. Their imposing stature was likely impressive to foes and allies alike. Awards as well as veterancy were also taken into consideration when selecting troops for the Old Guard.

Well that is history. Grognard is also used for an old, usually grumpy wargamer. Well guilty as charged. I started as a wargamer. My introduction to role-playing came from going to a convention to war game. At the same con I bought D&D I also got Ogre and Chitin. One lasted, the other didn’t. I have a large number of the pewter ogre miniatures.

Panzer Leader was arguably my first gaming experience that was not checkers or the Game of Life. (Don’t even mention Monopoly, I hate it) I went from board games to miniature games. Ooooo, minis! I bought into Pirates of the Spanish Main for the little construable ships. I have way too much of that one too. I still like wargaming, and I’m good at it. But I so seldom get a chance to play. The last time was an unpublished air combat game called Thunderbolt. Very simulationist. I have too many little 1/300 aircraft too.

Hey D&D has miniatures. That was one attractant. I have a lot of lead. The older 25mm miniatures popular in the '70s and '80s. I’ve also painted the larger display minis of 54mm to 120mm. I can ever tell you what those scales mean. I had ambitions of a Centaur army. The stop at Ral Partha in '95 was not healthy for my wallet.

Yes, I have heard old role-players called fatbeards. I hate to say the label fits. And I don’t like it. It sounds derisive. I’m a Grognard. Hail the Old Guard and the Old School. On to Victory!

Phoenix – Rising Above the Flames

From what I remember from the last PPG site, you are one of the very few folks around that pre-dates MY gaming experience. I started in the fall of '80, my first semester at college - I played for three weeks and then started DMing, and haven’t stopped running games ever since.

HAIL TO THE GROGNARDS!!!

Nice to see you again, Malruhn!

We share a similar path. My first real game was AH’s War at Sea around '77. Marketed as an intro wargame, the boxtop’s blurb promised the beginning of a lifetime hobby. That certainly turned out accurate.

AH and SPI games were expensive though for a kid depending on teen jobs, so I was thrilled to discover Metagaming’s $3 microgames. Melee/Wizard and their MicroQuests introduced me to RPGs.

I got into playing historical minis after meeting people with substantive collections at regional game cons. Spent college playing a LOT of Seekrieg, a couple different GHQ micro-armor games, and a bunch of others, including medievals and ACW.

Been playing a mix of minis, board wargames, RPGs and, a little more recently, LCGs ever since.

I’ve been a history buff forever. My first Historical wargame, Napoleonic, I had a howitzer battery. A French battalion passed before me and I asked the GM “What is the range on grapeshot?” There were funny looks around the table. It was a newbie game. I was the only history nerd.

A few rolled dice later that battalion was missing. The other side got serious about counter battery fire. I had four more rounds of total mayhem on the battlefield before they blew me up. There is a reason Napoleon called artillery “The King of battle”.

My first wargame was 72. Seapower started in 73 and was a constant until I got into RPGs.

Blitzkrieg. Yah, that long ago. Gettysburg (square grid of course) soon after, played the heck out of that; by the time I was ten I was a serious American Civil War nerd (it was about that time I read Catton’s multi-volume history). Big brother’s friend brought the D&D booklets home from boot camp in 1975; I introduced the game to my dorm floor upon entering college, and on from there.

Hardly done any wargaming since high school, but the traces linger; the tight position tactics of 4e brought out the grid-wargamer in several of our tabletop group, a big reason it clicked with us. Nowadays the only real wargaming I do (or historical minis for that matter) is the occasional con event.

Casual mini wargaming is hard. It takes space, it takes lots of stuff. 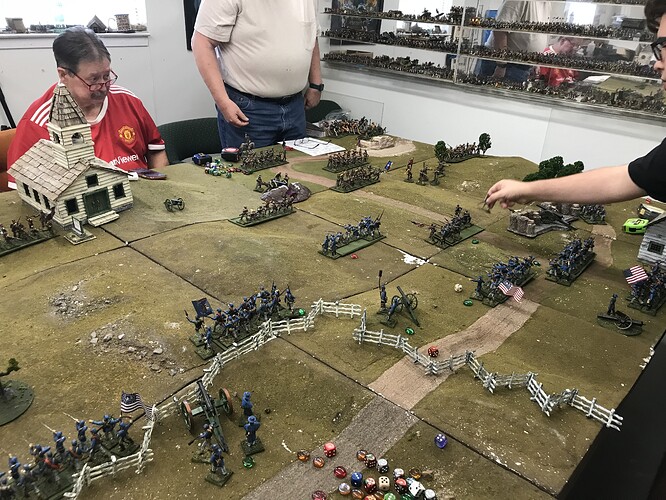 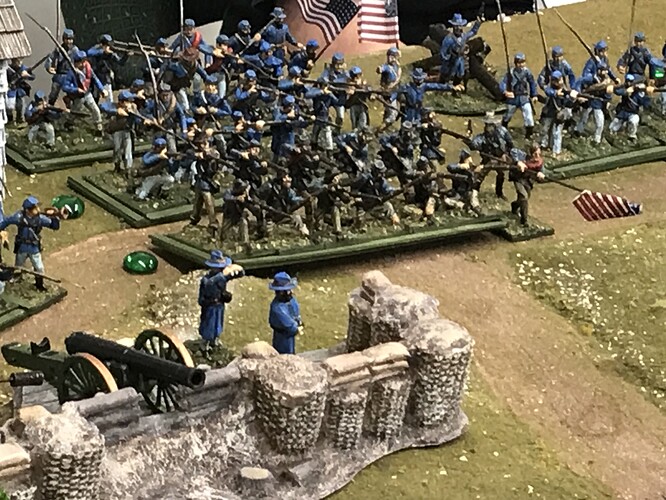 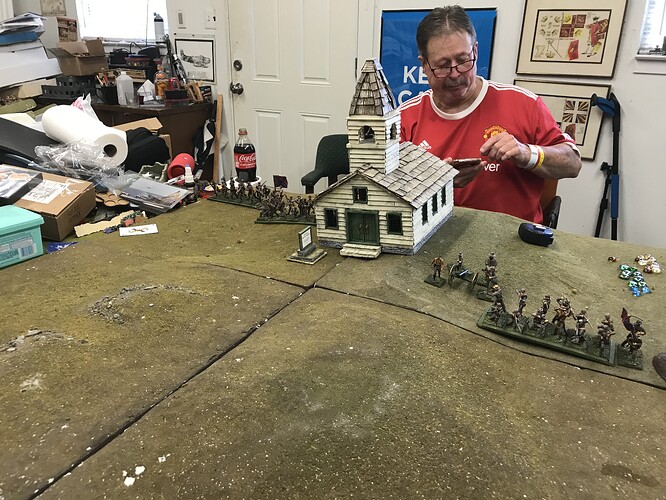 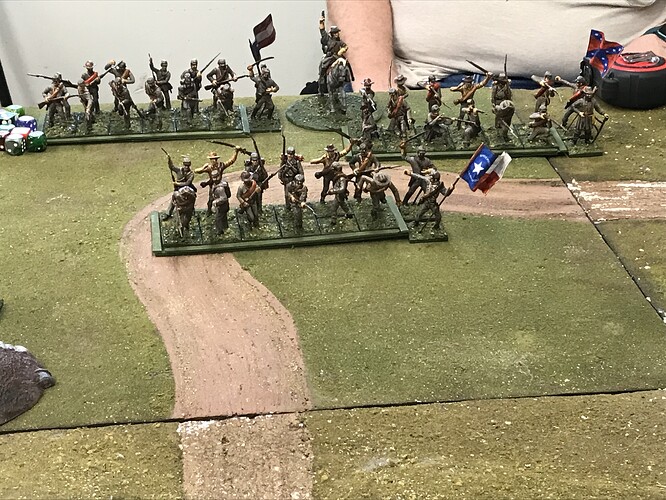 Fortunately have a friend with a dedicated gaming space so we can put on 6’ by 8’ games.

I remember Blitzkreig. And the Red Baron one…