Board games close to RPGs. What are your favorites? Wanna play?

Mice and Mystics, This War of Mine, and Western Legends are board games that feel a bit like RPGs to me. I have a few more.
What others can you think of and what’s good about them?
If you’re passing through my area, look me and and we can get together for a game!

I play a lot of old Avalon Hill and SPI games and have a super nostalgic soft spot for SPI’s Swords and Sorcery although the role playing mode for the game as opposed to the army game leaves a lot to be desired. 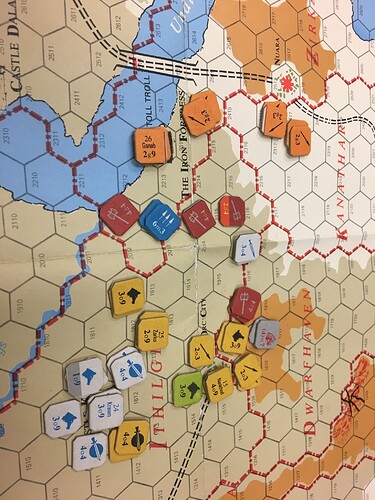 I really like Nemesis. The character differences, secret objectives, and the dungeon-crawl-style of the ship all give it a RPG feel, but with a lot of great quasi-coop player tension.

Eldritch Horror has a similar experience. Focus on individual characters with a group goal, complicated by unexpected turns.

A lot of the other adventure games intended to create that RPG experience have fallen flat for me. Gloomhaven felt too much like a linear grind with no surprises and boring combat. The concept seemed entertaining to the newer gamers was playing with, but it just reminded me of old solo dungeons for TFT and T&T. Similarly, the Pathfinder Adventure Game seemed to just distill the RPG down to the worst aspects of the system.

Gloomhaven felt too much like a linear grind with no surprises and boring combat.

Totally agree! It’s the worst money I spent on Steam. My 5e DM got it for his last birthday. It’s just as miserable as the video game and takes forever to set up. Takes a lot of space, too.

I’d love to hear someone disagree with us on this point and tell us how we can enjoy the game.

One of my all-time fav board games that has an RPG feel to it is Darkest Night. I’ve had it for years and my gaming group’s love for it has only grown. It has tremendous replay value and really feels like an adventure. It can be a bit fiddly. Just get a fishing tackle box to organize the chits. We found that cures the issue for us. The following video should help you understand if it is to your taste… 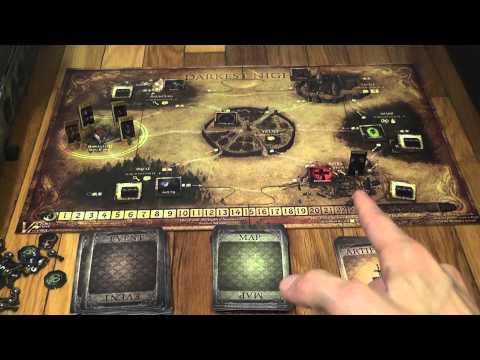 Those are both outstanding suggestions.

I have Eldritch Horror and I have watched playthroughs of Nemesis and greatly desire to play and own that game, but I just can’t justify the high price. Maybe someday.

Avalon Hill had some great ones. I still have a copy of Magic Realm. I actually played that before I ever played D&D. One of my all-time fav board games that has an RPG feel to it is Darkest Night.

That does look pretty good. I was a little surprised at the price on Amazon but the reviewer says that it plays in about 2 hours. The review really didn’t go into the replay value of it. $160 USD is a pricey game.

I paid $40 for mine because I got the base set when it was a new game. The 2nd edition is what is available now and the expensive price is due to the fact that the 2nd edition comes with every single expansion that they ever made throughout the years. I have all of the expansions and love all of them.

It looks really good and I’m intereste in it only taking about 2 hours. That seems to be the problem these days, folks just don’t have the time to play a game all day.

Yeah I know. I have a few games that I absolutely adore but because the play time is so long they rarely hit the table. By the way, the turns in Darkest Night are very quick as well. Each character basically draws a card, resolves it then does one quick thing of their choice and their done. The “Evil turn” is simply to move the Big Bad Guy and drop a blight on the table. Plus, since the turn order isn’t fixed players decide amongst themselves each round who is going to do what and in what order. The game feels like it has almost no downtime. Players are engaged throughout. This was actually a problem for one of my old player’s wife as she likes to take her turn during a game and then get up from the table every time to go do stuff in her kitchen or whatever (Frustrating to us) and she kept getting a step from the door and we’d say, “It’s your turn.” “No it isn’t I just went.” “We know, we all just moved from the temple and it’s your turn.” She was actually annoyed that sometimes it was only a minute between her turns. To me that was a wonderful plus.

A few in my collection. Return to Darktower
Star Trek: Ascendency
Fury of Dracula
Betrayal at House on the Hill
Ones I’ve played but don’t own
Destiny Aurora: Renegades
Shadows of Brimstone
Zombicide: Black Plague

I can’t think any of the top of my head. TSR’s Dawn Patrol had a RPG type element as you improved your pilots based on number of missions. Your pilots could also win medals. Always loved that aspect. Battletech (early) also had that element as well. 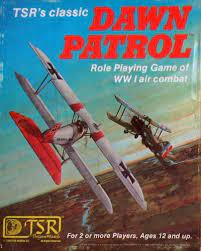 I enjoy Zombicide: Black Plague. The guy at our game group who owns it has 3 huge zombies that come with it. Return to Darktower looks interesting. I used to love the old game with the funky motorized tower. It had some crazy pictures including these brigands that looked somewhat insectoid and appeared to have a couple of large guitar pics for weapons.

I the guy I used to play with till he moved was a completionest when it came to his game collection. He would back all sorts of Kickstarters. Zombicide: Black Plague was no exception. I think he owned every expansion for it. Same for just about every other version of Zombicide as well.

The big downside to playing with him was his play style. He had these grand ideas for turning it into a grand RPG campaign, meld and mashup elements from other games that had similar mechanics like The Order of Vampire Hunters.
And to turn the zombies and necromancers into a player controlled faction.
These ideas never got very far. For obvious reasons.

That sounds rough. I haven’t run across anyone like that yet. I wouldn’t want to put a damper on their ideas but I probably wouldn’t play with them often.

I really like Nemesis . The character differences, secret objectives, and the dungeon-crawl-style of the ship all give it a RPG feel, but with a lot of great quasi-coop player tension.

It looks like a ton of fun! I like the idea of “semi-cooperative .” We want to get through this together but we also have an agenda.

Tales of the Arabian Nights is a recurring favorite at our table. Very random but delightful board-RPG with a lot of replayability. Outcomes range from becoming Sultan to being thrown in prison to descending into cannibalism (becoming a ‘ghul’). Your choices sometimes actually matter…sometimes

Hero quest is my favorite rpg boardgame, a classic 4 player dungeon crawl that came out bout 30 years ago. It can be hard to find an original copy but there’s tons of homebrew as well as print and play content. I’ve seen adaptions for online play but haven’t tried them myself. A company, in Germany I think? released a 25th anniversary version that should be available if you want a real copy. I got one of the expansions I was missing from a local shop.

If your more into the hardcore dark fantasy where you’ll die more often then succeed there’s also kingdom death. Its a bit spendy to get into but a great game. Best description I can think of for it is a mashup of monster hunter set in the scene in the godhand’s realm at end of the original berserk anime.