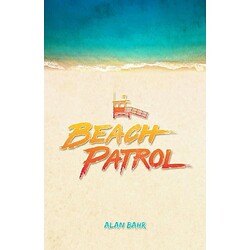 image800×800 35 KB
This is Gallant Knight Game’s adaptation of a certain TV Show (and just found out while looking for the pic, the name of a movie). It is a bit of a satirical look at that particular genre. As with all other Tiny D6 games, the rules are lite (the entire book is under 50 pages) and character creation is simple. You are a lifeguard in the game, whether a veteran, trainee, or one of the others listed. The one rule difference, compared to other Tiny games is the “dramatic slo-mo” moment. The PC automatically succeeds on their test without having to roll, and get to describe what they are doing. The GM has the option as well, twice per session, and can dramatic slo-mo during a player’s dramatic slo-mo, which causes the PC’s slo-mo to automatically fail.
The game is designed to be lite on combat, but it will inevitably will happen. Most combat will be hand to hand, and if all dice (normal or advantage) come up 5 or 6 it’s a dramatic knock out for 1d6 minutes. Rules for magic are included for those who want to add it to the game. there are 5 magic traits available, with GM discretion as to what is, and isn’t, allowed.
As of 12/25/2022, the PDF is $5.99, softcover is $8.99, hardcover is $14.99, with combos being $3 more.